The alcohol has long worn off, but we’re still a bit buzzed from Vegas Podcast-a-Palooza. We’ll be yapping about it extensively on this weekend’s show. In the meantime, check out the cool-ass article Steve Friess wrote about the event for Las Vegas Weekly.

While you’re at it, listen to the episodes of The Strip and Vegas Gang also recorded live during the event. It was truly an honor to share the stage with Steve and Miles from The Strip, and Hunter, Chuckmonster, David, Jeff and Dr. Dave from Vegas Gang. We can’t say enough good things about these guys and their shows.

Finally, thanks so much to everyone who came out to the big event. As Steve mentioned in his article, we were all wondering whether we would be doing our shows in a large room with only a few people. Much to our surprise, the room was nearly full. Meeting so many people who have called and e-mailed over the years (and seeing a few familiar faces in the audience) was quite a rush.

Oh yeah… Pam Dawber, Carrot Top and Jeff Goldblum were at the show too. (Thanks for the picture, Megan.) 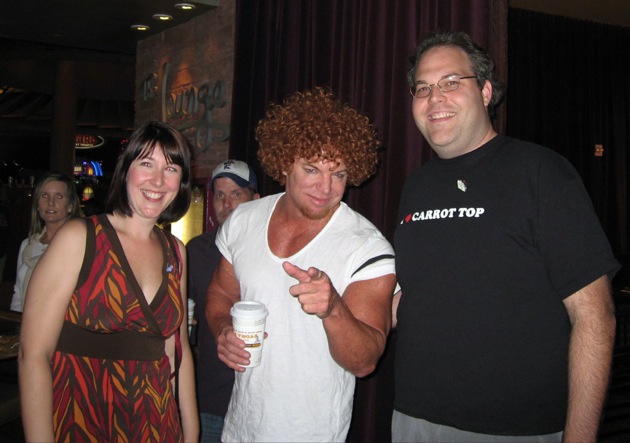