Have you ever wondered what it would be like to see the dead-sexy Neil Young writhing on a lip-shaped couch while wearing nothing more than a merkin and a smile? According to Ticketmaster, you’re in luck. 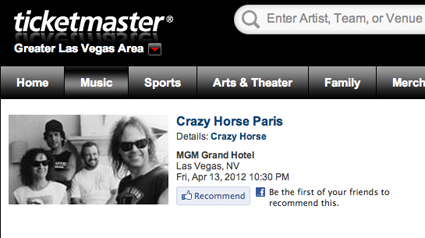 As part of its huge renovation project, MGM Grand is apparently breaking new ground with this one-of-a-kind mashup of its long-running French dance revue and Canada’s most influential singer-songwriter. How they’re going to make these two things work together is beyond me, but Criss Angel still has his own show so I guess anything is possible in Las Vegas.